Virginia S. McDaniel, 91, of Mitchell passed away on September 5, 2022, at Avera Brady Health and Rehab in Mitchell, SD. Funeral services will be held at 10:30 am on Saturday, September 10 at Harvest Community Church in Mitchell, SD. Visitation with family present will begin at 5 pm on Friday, with a prayer service at 7 pm, also at the church.

Virginia Odson was born July 17, 1931, to Edward and Martha (Severson) Odson in Sioux Falls, SD. The family lived on the farm outside Canton until her father retired and moved west to Hot Springs, SD, where Virginia graduated from high school. She then moved to Michigan to attend business school and then to California to work and be near her sisters. Eventually, Virginia moved back to South Dakota to help on her aging parents. Paul (Everett’s friend) and Beverly Roesler (Virginia’s friend) then introduced her to Everett McDaniel. The two were married October 11, 1958, in Mitchell. The couple lived outside of Mitchell for a bit until moving to Spencer where Everett farmed with his father and brother Gordon. After over 25 years of living in the Spencer area they moved to Bridgewater and later to Hartford. While living in Hartford Virginia worked in Home Health Care for many years. A few years after her husband’s passing, Virginia moved to Mitchell to be close to her daughter. While in Mitchell she made many friends. She was a member of the Mitchell Garden Club and enjoyed activities with the YAH (Young at Heart) group at her Church. Everett and Virginia also volunteered many hours to hospice over the years.

She was preceded in death by her husband, Everett, siblings and in-laws, Mary (Frank) Erganian, Carrie (Jim) King and Edward (Justine) Odson, and brothers-in-law, Wayne and Gordon McDaniel.  www.kinzleyfh.com 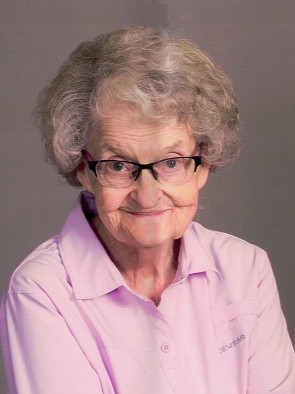