Patrick F. Dowd, age 88, of Huron, passed away on Friday, April 22, 2022 at Avantara Huron in Huron, South Dakota. A memorial service will be held at a later date. Visit www.welterfuneralhome.com

Patrick F. Dowd was born on April 3, 1934 in Geddes, South Dakota to parents Frank and Angela (Bartekoske) Dowd. He grew up in Geddes, attending school and graduating from Geddes High School in 1953. Patrick enlisted in the United States Army in December of 1956 and was honorably discharged in December of 1958. He then attended the University of South Dakota in Springfield, graduating in 1963.

Patrick began a 40-year teaching and administrative career which took him to White River, Wakonda, and Wessington Springs and Huron.

Pat married Ina Phillips on June 26, 2004 in Huron. Ina passed away on October 14, 2011. Pat and Ina were members of Holy Trinity Catholic Church. Pat was also a member of various state and national educational organizations. He belonged to the Knights of Columbus, AARP and Huron Senior Center. He enjoyed attending various sporting events, concerts and plays. He also liked to read, paint and travel.

He is survived by his stepchildren, Alvin (Lynn) Phillips of Gettysburg, Marjorie (Dan) Peterson of Wolsey, and Shane (Rachelle) Phillips of Lamberton, MN; 4 step-grandchildren and 3 step great-great grandchildren; and his sister Delores Reynard of Walla Walla, WA. He was also survived by a special cousin, Cindy West, and several nieces and nephews.

Pat was a good friend, son, brother, husband and uncle and will be missed greatly. Peace be with you, until we meet again. 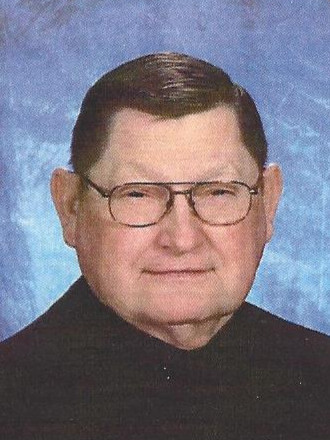