Nichole Lee Parker was born to Dan and Lori Krier on a blustery Nov. 5, 1977 at St. Michael’s Hospital in Tyndall, South Dakota. It would be two more weeks before she rested in her daddy’s arms as he waited for her birth on a small island in the Aleutians of Alaska. Niki spent the first 10 years of her life on islands in Alaska. In 1987, Niki and family moved to Mitchell, South Dakota where Niki participated in softball and volleyball, but her favorite was show choir. Singing, dancing, and performing with the group was a joy for her. People watching the productions often commented how the joy on her face drew them to watch her.

After graduation Niki attended Mankato State University for two years. It was her part-time job with home health care that gave her the goal of service to others. When she moved to Oregon in 2000, she took a job managing a group home for adults with disabilities. This led to a job working with and guiding homeless teens. For the last 11 years, she worked for the state of Oregon as a case manager for kids with developmental disabilities.

It was through her first job in Oregon that she met and fell in love with Daniel Jonn Parker. Their wedding ceremony was celebrated at her parents’ cabin in South Dakota on July 24, 2004 followed by a pork barbecue (a family tradition), wedding dance under the stars, and fireworks.

To Dan and Niki’s union were born two children, Ashton, age 9 and Avery, age 3. Dan and her children were the loves of her life. She spent time creating a home filled with love, music, art projects, day trips, camping, crabbing, baseball, soccer, and reading.

Niki passed away Jan. 21, 2022 at home after a 10-month battle with cancer. Thankful for being a part of Niki’s life are her husband: Daniel Parker and children, Ashton and Avery; her parents, Dan and Lori Krier; her brother, Nate (Meredith and Hudson) Krier; her father-in-law, Fred Parker and family; her mother-in-law, Bev Kohl and hundreds of friends.

Niki was preceded in death by her grandparents: Bob and Betty Slade; Leo and Della Krier; her Aunt Carol (Ron) Krier and Uncle John (Janet) Krier plus numerous great aunts and uncles. She is probably helping roast the hog with Grandpa and Grandma Slade; dancing at the Legion Hall with Grandpa and Grandma Krier, playing canasta and eating popcorn with Aunt Carol and washing cars with Uncle John. She is no longer in pain but is surrounded by those who went before her and loved her.

A memorial service in Keizer, Oregon, was held on Feb. 5 at the Keizer Funeral Home. Some of her ashes were scattered along the Oregon coast.

On July 2, 2022, there will be a memorial service for family and friends at 4:30 p.m., followed by a pork barbeque at the cabin at 41649 Dempsters Cove Rd, Springfield, SD 57062 at 4:30 p.m. Some of her ashes will be scattered on the bluff overlooking the Missouri River. Her urn will be placed in the Springfield Cemetery in a private ceremony for family.

Remember: we loved her, but more importantly she loved us. 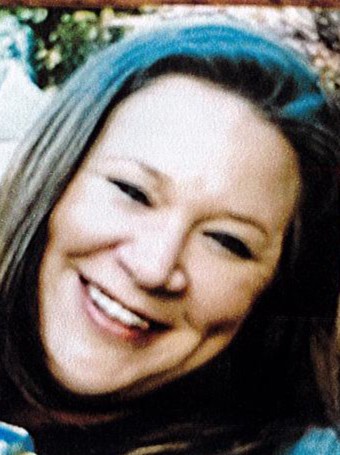