Hershell Page entered life on October 12, 1924, on a farm near Stickney, SD. He was the first-born child of Ernest and Margaret (Magonegil) Page. The family was complete with the birth of his sister LaVilla and brother Percy. He died peacefully at home on July 29, 2022. He will be remembered most as a loving husband, father, grandfather and great grandfather.

Hershell attended elementary school in the one-room Page school across the road from their farm and then boarded in Stickney for high school. Always a lover of music, Hershell enjoyed those years playing trumpet in the band, singing with the choir, playing basketball, and attending dances. The year he graduated from high school, 1942, Hershell took over his father’s work on the farm after an operation had left Ernest unable to work. Hershell was thus issued a deferment for military service during World War II. He was later drafted in 1945. The day he arrived in Minneapolis for his physical happened to be VE Day. The Army doctors, and everyone else partied for three days before Hershell was able to get that physical. But by then, the war was at an end and Hershell came back home to farm.

Hershell met Ruth Ann Gerhard of Plankinton on a blind date, attending a dance in Lane with mutual friends. They married on January 19, 1952, and settled on the Page farm. In the following fourteen years they became parents of nine children. In supporting their children’s many music, sports, and other activities, the Pages became strong supporters and boosters of the Plankinton School, and that support continued long after their children left home. He and Ruth Ann loved to travel the states, usually with up to 6 of their children in tow.

After four years on the farm, Ruth Ann’s father, Henry Gerhard asked Hershell to join him in the banking business in Plankinton. Hershell admitted he didn’t know anything about banking and that he only had a high school education, but Henry had faith in him, so the Pages moved to Plankinton and Hershell began to learn the business. Henry died four years later, and Hershell stepped into the role of president. Under his leadership the bank became one of the most successful in the state.

As a banker Hershell took great pride in serving his community and lending people the funds they needed to build businesses and successful lives. Not only did Hershell serve his community as a banker, but he also promoted new businesses, was active in the Service Club and St. John’s Catholic Church, and served on the state Banking Commission and the local school board. He and Ruth Ann, a gifted pianist, also loved to play and sing at weddings and other events.

He retired from full-time banking in 1995. That gave Hershell and Ruth Ann more time to enjoy traveling, meeting new friends, golfing, dancing, and playing cards at their winter home in Mesa, AZ. Ruth Ann passed away in 2003, after fifty-one happy years of marriage. Nine years later Hershell married a new love, Ann Rittenhouse of Mitchell. Hershell also opened his heart to Ann’s children and their families. He loved when the grandchildren, and then the great grandchildren would come to visit. He would teach them some of his favorite songs, take them on golf cart rides and just listen to their stories.

Hershell never lost his enjoyment of meeting people, singing, storytelling, farming, baseball and telling jokes. He could recount incredible details from long ago events and his children were always amazed that he could remember every wage he ever earned, the cost of a dance in 1942, and the price of corn decades ago. He was a longtime fan of the St. Louis Cardinals and the Plankinton Bankers. He was thrilled to be given the honor of throwing out the first pitch at the 2018 State Amateur Baseball tournament.

In a lifetime that spanned more than nine decades, Hershell witnessed many historic events: the Great Depression, World War II, the Korean War, Cuban Missile Crises, Vietnam War, the moon landing, the national farm crises, the tearing down of the Iron Curtain, the 9/11 tragedy and the Covid-19 pandemic. He remembers living in a home without electricity or running water, attending a one-room school, planting corn using horses, and listening to the radio before there was television. But he grew with the times, endorsing technology improvements in the bank, and learning enough about computers to check his stock portfolio daily. He never lost his faith in God or in people or his hope for peace on earth. As we remember the kindness and love Hershell showed everyone in his life, let us contemplate the words of his favorite hymn, “With God as our Father, brothers all are we. Let me walk with my brother in perfect harmony. Let peace begin with me. Let this be the moment now”.

The entire Page family extends their heartfelt gratitude to Avera Hospice for their professional and loving care during his last year of life, to the staff at Home Instead and to Charmaine and Ray who took the night shift. And especially to his stepdaughter and caregiver of the last several years, Diann Rittenhouse for her unfailing care, comfort and compassion.

Hershell was preceded in death by his parents, his brother and sister and their spouses, and his wife Ruth Ann. He is survived by his wife Ann, his children Jim (Sharon) of Coon Rapids, MN, and daughter Caroline; Jane of Pierre; Ruth (Bill) Jones of Waukesha, WI, and sons Eric and Chris; Ann (Reed) Anderson of Columbus, NE, and daughters Meghan and Whitney; Tom of Liberty, MO, and daughters Emily and Dana; Scott (Robin) of Liberty, MO, and daughter Lynsey and sons Brian and Kevin; John (Lucy) of Magnolia, TX, and twins Sarah and Styles; Mark (Gina) of Phoenix, AZ; and Mary of Alexandria, VA. He was the proud grandfather of 12 and the great-grandfather of 13. He also leaves to mourn his first cousin Peggy Swent, his many nieces and nephews, as well as his wife Ann’s children and their families, and his many friends.

In lieu of flowers the family requests donations may be made to St John’s Catholic Church, Avera Foundation, or Plankinton Ambulance Fund. 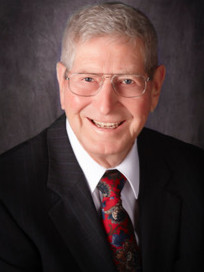