Edna Baade, 98, of Mitchell, SD, died Saturday, January 8, 2022, at Prairie View Healthcare Center in Woonsocket, SD. Funeral services will be 11:00 AM Saturday, January 15, at First Lutheran Church in Mitchell. Burial will be at Mt. Pleasant Cemetery in Artesian, SD. Visitation will be from 5-7:00 PM Friday, at Bittner Funeral Chapel. Arrangements by Bittner Funeral Chapel.

Edna Mae (Lager) Baade was born July 29, 1923, to Carl and Bertha (Larson) Lager near Esmond, SD. Edna and her twin sister, Edith were the youngest of five children. When her mother died suddenly in 1924, she went to Sturgis to live with her Aunt Belle, Cousin Teddy, and Uncle Sever Lien until she graduated from Meade County Elementary School. At age 14, she was reunited with her father and siblings to attend high school in Fedora, graduating in 1941 with her twin, Edith.

Edna worked as a clerk at Boelter’s Grocery in Artesian, and as a bookkeeper for D. Jones Implement (a John Deere dealership) where she met the love of her life, Rex. They married on June 11, 1950, in Huron at the American Lutheran Church. They were married 48 years.

On the family farm, Edna cooked, cleaned, and sewed for many hired men, while raising 2 children, Nancy and Dennis. Throughout the years Edna was involved in 4-H, Circle, and Neighborhood Coffee Club. Edna traveled to Hawaii, California, Oregon, and Colorado in her retirement.

Her children, grandchildren, and great-grandchildren were her pride and joy. Her grandchildren especially enjoyed her baking talents and any time spent with her. She was also a talented seamstress. 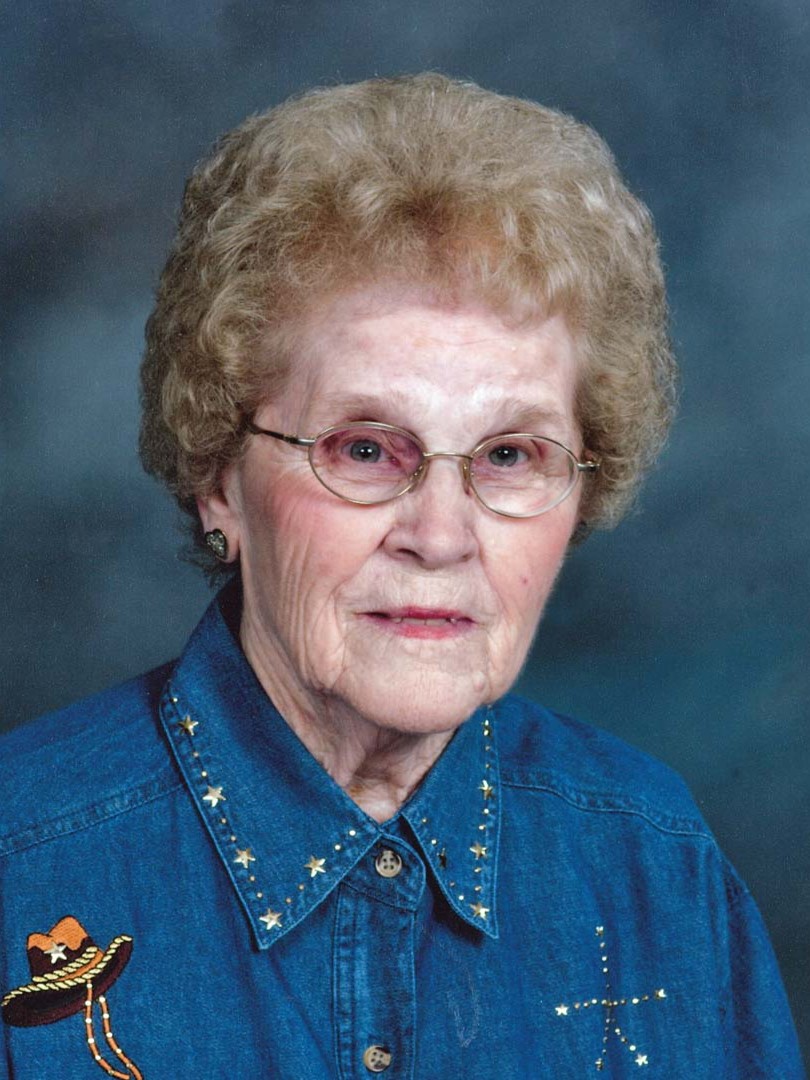