After 40 plus years of fighting Diabetes, and then the aftermath of Covid 19 for the last year, Douglas Rodney Bleeker’s body simply gave out and his Lord and Savior, Jesus Christ called him home at approximately 10:15 p.m. on December 19, 2021 to celebrate Christmas in heaven after a lovely day visiting with friends in Mitchell.

Douglas was an only child born to Gladys Eleanor (Thompson) Bleeker and Herman L. Bleeker on August 22, 1938. He grew up very close with his cousin, Loree Dempsy, and she became a sister to him. He spent his entire childhood in Alexandria, South Dakota. He was a member of the Emery Baptist Church being baptized at age nine. At Alexandria High School, Doug lettered in 3 sports and was also in Chorus and Band. To earn money he worked on farms, painted buildings, did repair work on telephone poles, was a bookkeeper for the Alexandria Telephone Company, as well as being a lifeguard in the summer at Lake Hanson, Later, he worked for the State of South Dakota Fisheries Department.

During his teen years, Doug didn’t see anyone in Eastern South Dakota that he wanted to marry, so he prayed the Lord would ship a girl in for him to marry. His prayer was answered when Jeanine Egland and family moved from Minnesota to Alexandria, although it took him 3 months to remember her name. Doug asked her to marry him at the age of 17, she was 16, but to wait for him for 8 years, while he went to college, law school and the military. She didn’t wait that long. Instead of the Army, Douglas joined the Air National Guard in Sioux Falls as an instrument mechanic for 6 years. Douglas and Jeanine were married at the First Methodist Church in Mitchell in 1960, and celebrated several anniversaries in Europe and their 61st wedding anniversary the summer of 2021.

Doug attended Augustana College for two years and then USD earning a BS and Business and an LLB in Law. (Later that was changed to a Juris Doctorate (JD) in Law at the insistence of his friend from Law School). At the age of 23, Douglas was admitted the State Bar of South Dakota and joined Fred Shandorf in Law Practice in Mitchell. Later the firm became Shandorf, Bleeker and Koch and then Bleeker, Boldt and Koch and finally an office partnership of Bleeker Nipe, Padrnos and Koch. Doug was assistant State’s Attorney in Davison County, later Mitchell City Attorney, and after the death of his father in 1971, State’s Attorney in Hanson County until he handed the job over to a new attorney who moved to Alexandria. He was also admitted to practice in the US Tax Court and US Federal Court. Doug loved practicing law and especially visiting with his friends during tax season (off the clock of course). He retired in 2014 after 50 plus years of practicing law.

Doug was active in his church serving as Trustee and Deacon at various times and also High School Sunday School Teacher. Later his wife convinced him to sing in the choir she was directing in spite of the fact he hated the voice lessons his mother made him take in High School. Community service included, a member of Lions Club and serving as City Magistrate in Elk Point, SD where he was asked to marry 3 couples during those 2 years, a member of the Ys men and Kiwanis in Mitchell, SD, serving on the trustee board of DWU, the trustee board of Wesley Acres, and the Trustee board of the North American Baptist Seminary in Sioux Falls for 12 years.

He was preceded in death by his parents, 5 aunts, 2 uncles, and son-in-law, Bruce Davis. 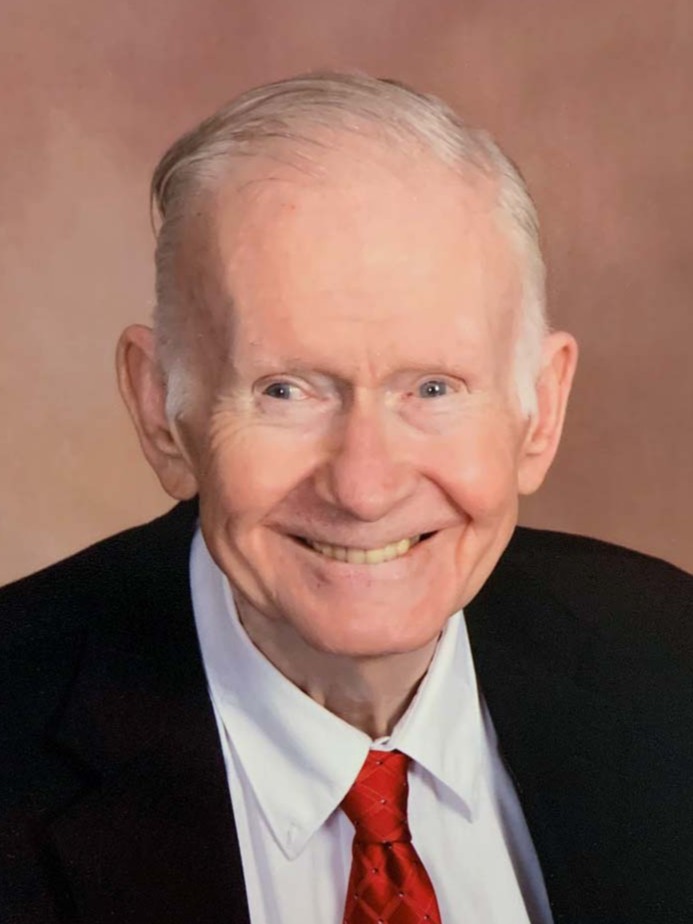