Willard DeWayne Hanson was born on August 24th, 1932, in Fulton, SD to Willard and Myrtle (Foster) Hanson. DeWayne grew up in Fulton, until his parents moved to Alexandria. DeWayne graduated from Alexandria High School in 1950.

DeWayne served as a postal clerk in the United States Air Force in the Korean Conflict between 1951 and 1955. He took much pride in serving his country and was honorably discharged on January 5, 1955.

On November 9, 1955, DeWayne was united in marriage to Carol Clark in Alexandria, SD. To this union, they raised two sons and a daughter in Mitchell, SD. He was a member of the United Methodist Church.

After returning from the Air Force, DeWayne worked hard painting, hanging wallpaper, taping and texturing, and eventually started his own business of Hanson Painting Service. He continued to work until 75 years of age. At the age of 47, his son Stewart had joined him in business, and Stewart eventually took over after DeWayne retired.

DeWayne was a member of the Elks Club, Moose Club, and Mitchell Bass Masters. DeWayne loved the outdoors with many family trips to either Lake Mitchell or the Missouri River. Camping, skiing, and tubing were highlights of their family adventures. He was also an avid hunter and angler. After the kids were grown, if DeWayne was not working, he was likely to be hunting or fishing. DeWayne is survived by his two children, Stewart (JoLynn) Hanson and Sue Hanson all of Mitchell, SD; grandchildren, Angie (Anthony) Muller, Crystal Hanson and significant other Skip, Alissa (Dusty) Dougherty, Kelsey Hanson and finance’ Lee Glanzer all of Sioux Falls, SD, Ashley (Mike) Harmon of Riverton, WY, Kolton Hanson and significant other Natasha of Sturgis, SD, Jennifer (Travis) Wittenhagen, Jason Easton, Justin Easton, and Jordan (Emily) Hanson all of Mitchell, SD; 8 great-grandchildren and one on the way; sister, Millie Fischer of Parkston; sister-in-law, Marie Hanson of Mitchell; and brother-in-law, Bob (Pam) Clark of Rowlette, TX. 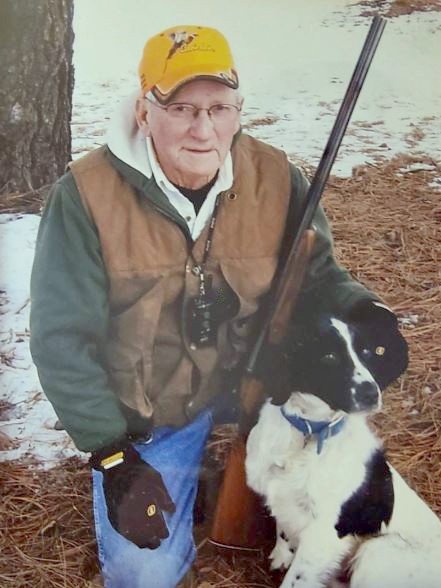