Dawson Overweg, 15, of Stickney, SD, passed Friday, September 16, 2022, as the result of an ATV accident in Stickney. Funeral services will be 10:30 AM Wednesday, September 21 at St. Paul Lutheran Church in Stickney, with burial to follow at Silver Ridge Cemetery in Stickney. Visitation will be Tuesday from 5-7:00 PM at the church. Arrangements by Bittner Funeral Chapel.

Dawson was an incredibly smart man with so many great ideas on how to make the world a better place. He was always striving to make sure that nobody felt left out and emphasized that being weird is a good thing. Nicknamed “Dorkchop,” Dawson was an absolutely hilarious young man. He made everyone smile no matter how good or bad your day may be.

He grew up in Mitchell, South Dakota, with three older siblings: Tanner, Kassidy, and Parker Overweg. He attended L.B.W. Elementary School, then transferred to Longfellow Elementary when the family moved in 2016. He later attended Mitchell Middle School and Mitchell High School through ninth grade. Dawson moved to his dad’s house in Stickney and was to finish his schooling at Corsica/Stickney High School, where he was nicknamed “Jesus” due to his long, healthy hair.

Dawson enjoyed playing his Xbox in his spare time. Recently, he found a new hobby in weightlifting. He also enjoyed fishing. Dawson spent a lot of his time doing the things he loved—especially talking non-stop. Dawson worked at 281 Meats and loved his job.

He touched so many lives during his 15 years on Earth and now will continue to do so from the heavens. Among those left to mourn Dawson are his mother, Penny Overweg (David Kay), of Mitchell; father, LeRoy (Pamela Scouten and her son, Ronan) Overweg, of Stickney; siblings: Parker, Kassidy and Tanner, all of Mitchell; grandparents, Susan (Gene) Overweg Tastad of Stickney; aunts and uncles: Patricia “Patti” (Chick) Cavallero of Severance, Colo., James “Jim” (Shannon) Dalldorf of Loveland, Colo., Jacqueline “Jackie” (Clyde) McCann of Severance, Colo., John (Nida) Dalldorf of Summerset, S.D., Leon (Grace DeJong) Overweg of Mitchell, S.D., Deborah “Debbie” (Larry) Weber of Sioux Falls, S.D.; several cousins, great-aunts and –uncles and friends. 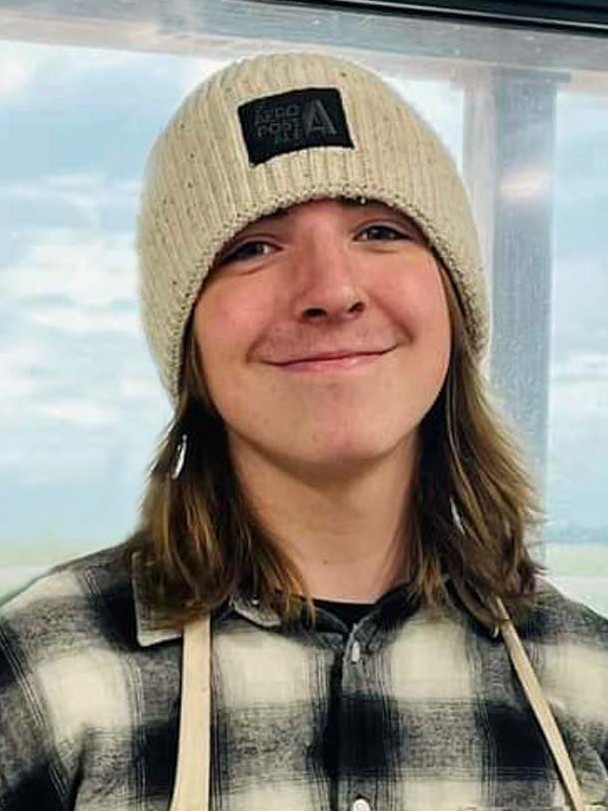