Charles Edward Kemery 92, left this world peacefully, surrounded by his family on September 15, 2022 in Everett, WA.

He was born the second of seven sons to Theodore and Margaret (Durham) Kemery, November 7, 1929 in a rustic cabin on an island in the middle of the Missouri River near Geddes, SD.

He lived his early years in SD including Platte, Heaton Island, Burke and Pierre. In March 1951 he enlisted in the US Marine Corp and later that year in August married Dorothy (Smith) Kemery from Lucas, SD. He proudly served a 13-month tour in Korea.

Charles left school at the age of 14 to help support his family through a time of illness. He went to work for Charles Mix County maintaining roads and later began his construction career on the Oahe Dam project in 1955. Having just an eighth-grade education it did not deter him from becoming a brilliant mechanic, whose skills, work ethic and personal charisma led him to being hired in 1966 by the Seattle based Robbins Company, a developer and builder of Tunnel Boring Machines (TBM’s). It was at this time he moved his family to Auburn Washington. He operated, trained, supervised and eventually managed major projects in 16 US states and 14 countries. The highlight of his career was managing the TBM for the transportation tunnel connecting France and the United Kingdom, also known as the Chunnel.

He retired in 1994 moving to Lewiston Idaho, then returning to the home of his heart, South Dakota.

Charles and Dorothy settled in Wagner in 1999 and spent many happy years as community participants in the American Legion, Auxiliary, United Methodist Church and their card group. They made many lasting friendships; Dorothy would like to extend her love and appreciation to the many friends and family who enriched their lives.

He was preceded in death by his parents, brothers Michael, Walter, William and Stanley and his son Douglas Edward.

He will be dearly missed by all.

There will be a celebration of life July 20th, 2023, where he will be laid to rest alongside his beloved son, Douglas at Mountain View Cemetery, Auburn, WA. In lieu of flowers the family request donations to be made to your local Food Bank or Meals on Wheels program. oog 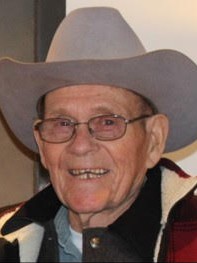