Betty Lou Meyer, 87, of Sioux Falls, formerly of Tripp, SD, passed away Tuesday, January 11, 2022, at Sanford Hospice Centennial Cottage in Sioux Falls. A Celebration of Life service will be held at the Parkston Congregational Church, 209 W Teek Street, Parkston, SD, at 10:30 a.m. on Saturday, April 9, 2022. Lunch will be served in the church fellowship hall following the service. Arrangements by Bittner Funeral Chapel.

Amid the Dirty Thirties and the Great Depression, Betty Lou Cora (Fischer) Meyer entered the world on August 4, 1934, at her family’s farm near Tripp. A child with rosy cheeks and a pleasant disposition, she was the twelfth born to Christina (Frey) and Christian Fischer. She was baptized at their rural church and years later confirmed at Emmaus Lutheran Church in Tripp.

Betty Lou’s thirst for learning began in a one-room country school until age 12 when her father passed away and she, her mother, and brother moved to a small home in Tripp.

As the youngest of 12, Betty Lou was doted upon by her siblings, especially several of her sisters who had moved to California to work with the war effort during World War II. They would return home with gifts for their sweet little sister, Betty Lou.

While a student at Tripp High School, she played trumpet in the band, cheered on the Wildcats, and honed her public speaking in both Declam and the high school’s plays. After graduating in 1952, she contracted polio at the peak of the epidemic and spent two months in the hospital in Yankton, South Dakota.

Resilient by nature, Betty Lou learned to live with the residual side effects of polio and returned to Tripp to keep the books at the Tripp Coop Creamery. The high-quality butter attracted many, including Gilbert Meyer, the creamery route driver, who was quickly smitten by Betty Lou. The two married on October 11, 1953, and together they farmed northeast of Tripp raising crops, livestock, and four children: Deborah, David, Jacqueline, and James. They were a busy family participating in school, church, and decades of 4-H activities.

Betty Lou was hands-on in the daily chores and decision-making of operating the farm. She milked cows by hand, cleaned hundreds of chickens, canned produce from her garden, and maintained production records for their cow/calf herd. While farming certainly tested Betty Lou and Gilbert, together they learned to be creative and resourceful. One of her favorite sayings was “Eat it up, wear it out, make do, or go without.”

Giving back was also a passion of Betty Lou’s. She volunteered by judging 4-H projects and record books, judging Declam contests, taught Sunday School at Pilgrim Congregational Church in Tripp and participated in her beloved Women’s Guild at Frieden’s Reformed Church in Tripp. She was a gifted writer and penned countless personal notes to family and friends, sharing her thoughtful, witty, and optimistic words. If someone needed a pick-me-up, she was quick to whip up a batch of homemade treats to brighten their day. Betty Lou loved the holidays, especially Christmas and found great joy in decking her halls from top to bottom. Her home was always festive, warm, and welcoming.

Betty Lou enjoyed baking German Kuchen and especially the family favorite, Nut Pudding, a special family recipe that was introduced to the Fischer Family when her oldest sister, Hattie, was married in 1932. Nut Pudding became a staple at every family gathering and holiday.

Betty Lou loved her role as a grandmother and easily connected with each grandchild in a special way, celebrating their unique personalities. She modeled life-long learning and was an avid reader, sharing her love of books with both her children and grandchildren.

In addition, she had a special relationship with her Fischer nieces and nephews. As the last living sibling of that generation, they lovingly referred to her as ABL - Aunt Betty Lou.

In 2006, Betty Lou and Gilbert sold their farm and moved to Parkston. Upon his passing in 2007, Betty remained in Parkston until 2017 when she moved to Trail Ridge Retirement Community in Sioux Falls. She quickly befriended fellow residents and the many caretakers there. Her warm infectious smile and sincere, genuine personality will be missed. 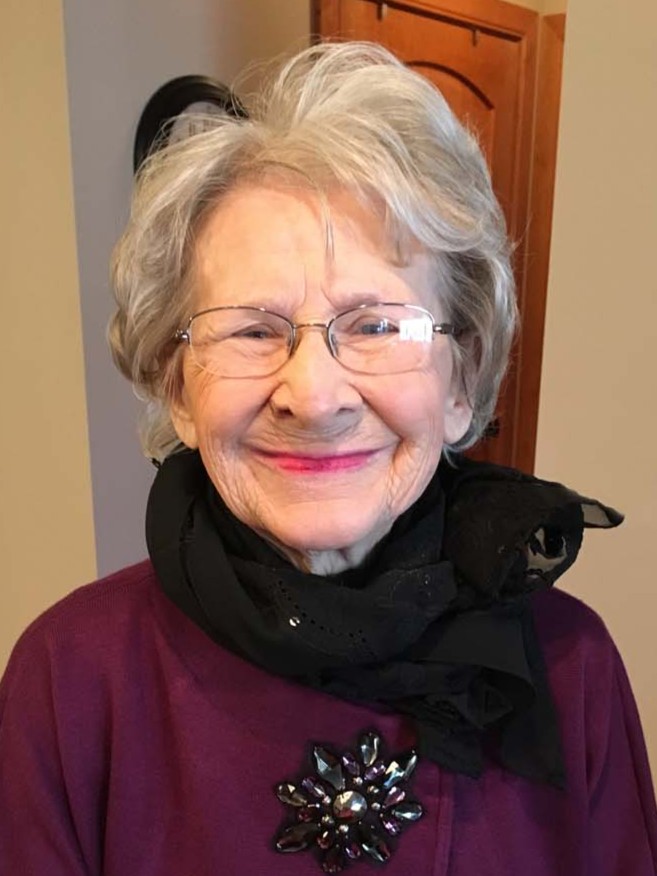