Allen Terveen, 99, of Emery, SD, passed away to his heavenly home Tuesday, May 3, 2022, at his home surrounded by family under hospice care. Funeral services will be 10:30 AM Friday, May 13, at First Baptist Church in Emery. Burial will be at Emery Community Cemetery. Visitation will be Thursday, May 12, from 6-8:00 PM at the church. Arrangements by Hettinger-Bittner Funeral Chapel.

Allen Wilbur Terveen was born on May 2, 1923, on the family farm in McCook County, SD, to Albert and Grace (Roskens) Terveen. He attended country school until eighth grade, and graduated from Emery High School, where he sang in the school choir and a quartet. He also played basketball and softball, which was his favorite sport. He played softball in school and on church leagues for many years.

After graduation, Allen lived and farmed with his parents until he met the love of his life, Opal Adkins. They were married at Allen’s family farm on June 17, 1945, near Emery, SD. They resided one mile west of this family farm and raised 4 children: Lawrence (Larry), David, Daryl, and Lorna.

Allen was a “born” farmer, from the young age of 11 working a team of horses on a drag, to the later years where he enjoyed a ride out to the country to check fields and see how the farm work was going. Allen and Opal worked side by side on the farm for 62 years raising cows, pigs, sheep, mink, chickens, and field crops of oats, wheat, barley, flax, corn, soybeans, and cane. They retired and moved into Emery in 2006. The home place has now been passed on to a grandson who is continuing their farming legacy. Many happy memories with family and friends were made on the farm.

Allen was a member of the First Baptist Church of Emery where he accepted Jesus Christ as his personal Savior and was baptized at the age of 12 years old. He remained a member there until his death. He served his Lord willingly by singing in the church choir and as a trustee. One of his greatest joys was watching his children, grandchildren, and great-grandchildren grow up in the Lord. He was a faithful attendee of most of their activities. Other joys were playing a good card game, especially ROOK, throwing horseshoes, and having family gatherings in his home.

Allen was preceded in death by his parents and in-laws; wife, Opal, in Nov. 2020; son, Larry, in 1985; brothers, Marvin and Vernon (as toddlers), Harvey, and Lowell; brothers-in-law, Lawrence, Robert, and Harold Adkins; and sisters-in-law, Louise and Averyl Terveen, Donna and Janet Adkins. 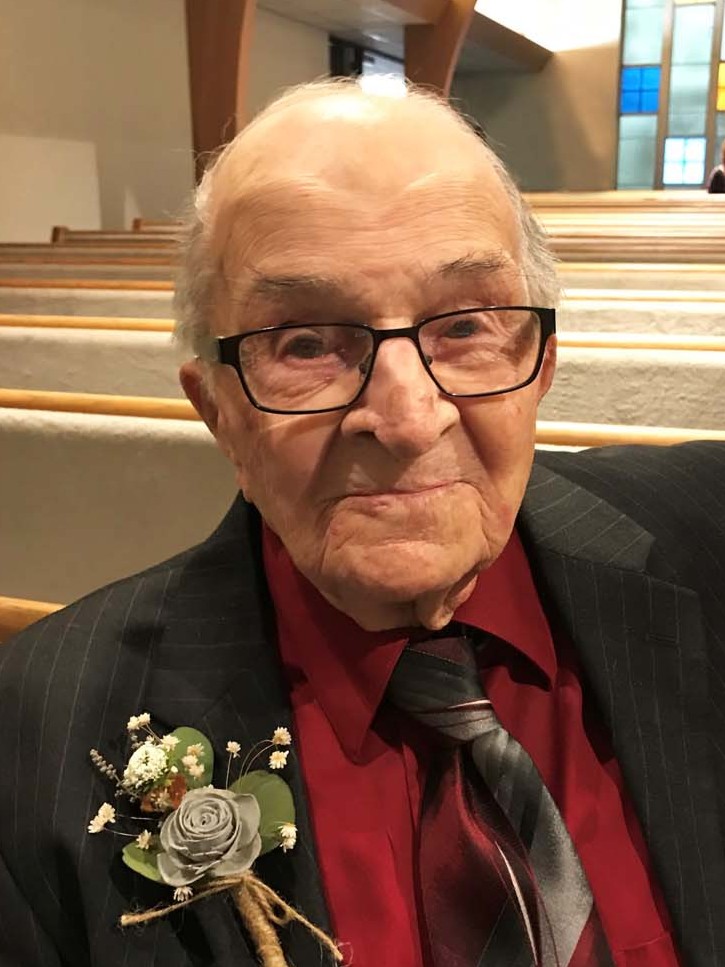